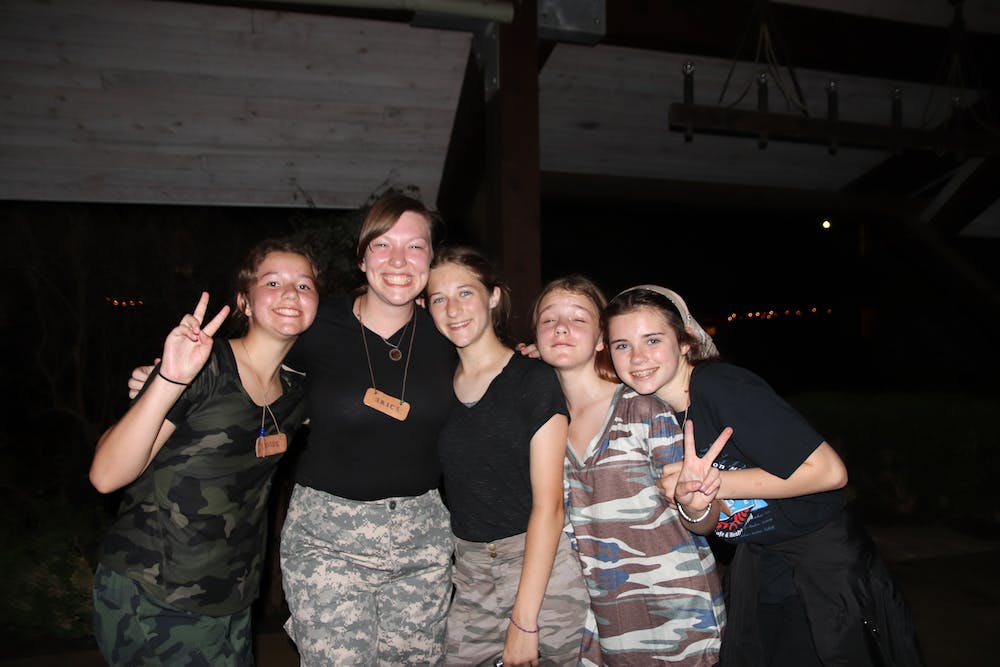 Hello from another fun-filled day of camp!

Today was a big catch day at CBS. Fish were biting in our pond, and the boy campers in the day’s fishing activities took the bait, if you will! Fishing is definitely one of the slower-paced activities at camp, so excitement is always high when campers make a rewarding catch.

On the other side of camp, our very own Marine Bob taught E Compound campers some Marine Corps basics! The class practiced kayak-carrying, the “sugar cookie” (a Marine Corps PT maneuver where one jumps in the water and rolls in the sand), and bunk-making put to the age-old quarter-bounce test.

The Marine Corps training came in handy later in the night, as our infamous CBS event – Mission Impossible – interrupted the evening’s scheduled plans. San Jacinto, a girls camp cabin in our Senior Camper Compound, came in first place, retrieving both flags in under 4 minutes. The second-place cabin was E Compound’s Fannin, coming in at 7 minutes, followed in third place by B Compound’s Rayburn cabin.

And just when you think that’s enough fun for one day, one group of girl campers got to raid the camp kitchen before bed! The rules of a CBS Kitchen Raid are simple: your cabin has 30 seconds to grab all you can from our shelves, and you can keep (and eat!) whatever you’re able to snatch in that time. There’s nothing quite like it!