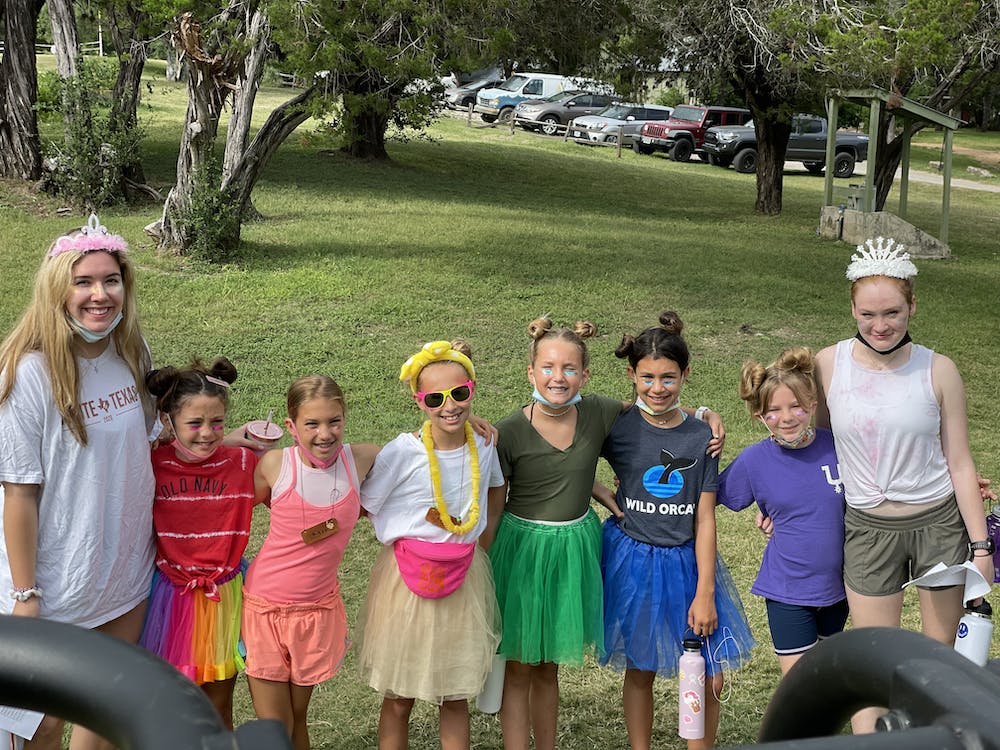 So much is happening here at camp, we don’t know where to begin!

On Sunday, new campers were initiated into one of our four camp teams – The Texas Rangers and Rough Riders for the boys, and the Lone Stars and Silver Spurs for the girl campers. Campers will participate in daily competitions with their teams throughout the term, learning cheers and gearing up to compete in our end-of-term Amazing Raze event.

We’ve also been staying cool despite dining outside – our misters are doing the trick!

Meanwhile, several campers looking to avoid the heat have been learning to operate their own tiny trolling motorboats on Lake Ted! Others enjoyed waterside activities like canoeing and The Blob.