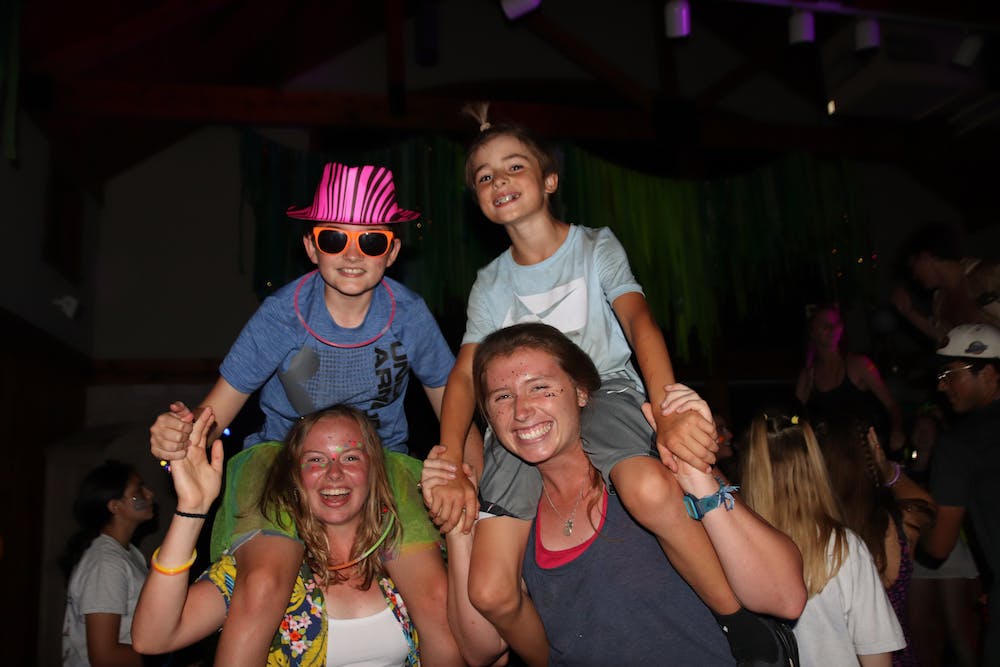 As we approach the end of Term 4, we wanted to recap some of the fabulous night activities we have hosted this session!

This week, we all partied the night away at our Glow Wild Dance, which took place partially in the black-light interior of our Rio Grande Dining Hall. Campers dressed in glow-in-the-dark garb and animal costumes, dancing with glow sticks and neon lights.

Earlier in the week, we all enjoyed the Once Upon a Time Dance. The Thicket area was flooded with princesses, magic bouncy castles, Hansel, Gretel, Jack and his beanstalk, and even Rumpelstiltskin! Campers made fairy wands and learned the troika dance, a Russian folk dance made famous in productions of Swan Lake, Sleeping Beauty, and The Nutcracker.

And of course, we all had fun surprising the campers with our most storied CBS event – Mission Impossible! We interrupted the night activity with water balloons and whistles, telling campers to head back to their cabins and sport their camo garb before going out on a quest to find hidden objects throughout camp.

Over the weekend, we enjoyed another CBS classic – the Ted 10,000 swimming event and the Splash ’N Dash swim/run! We’ve included some photos of the winners below. :)